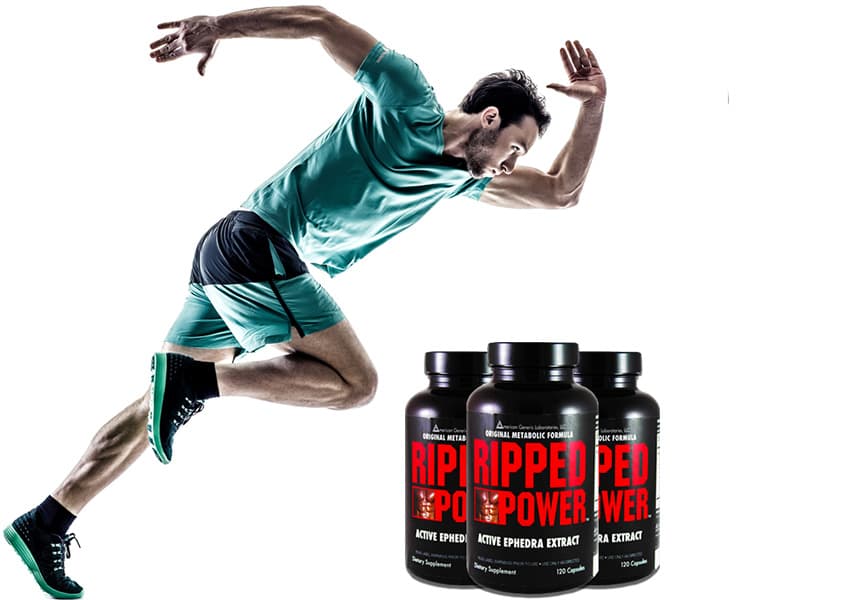 Ripped Power with Ephedra is Here!

Ripped Power Ephedra Diet Pills by American Generic Laboratories contains the powerful combination of Ephedra and Chromium Picolinate that made the original Ripped Fuel product line so popular in the weight loss and body building community.

If you’ve been mourning the loss of what was a very powerful Ephedra product, join the thousands who’ve found the Ripped Power Ephedra Diet Pill as a successful OTC weight loss solution. 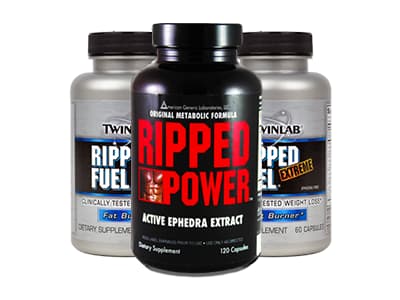 Ripped Power will give you the “ripped” physique you want by:

Don’t be fooled by the non-ephedra pills that claim results like this. They just don’t deliver. No other diet supplement has been studied as rigorously as ephedra, and none has ever shown the consistent result of massive fat loss. How can it do all this?

The combination of ephedra extract and guarana seed extract will suppress your appetite, increase your energy, and blast your metabolism through the roof. Through the power of thermogenics, Ripped Power will increase your body temperature, something you can feel from the very first use, turning your body into a calorie burning furnace.

You will burn calories all day long as if you were working out. You won’t need to change your routine at all to see the effect, but if you do pair Ripped Power with a diet, it’s ability to suppress your appetite means that while you’re burning more calories, you’ll have the desire to eat fewer. And instead of feeling sluggish and ineffective, you’ll have more energy than ever before, all while working towards your perfect body.

But how can you be assured that you’ll be burning fat and not muscle? American Generic Laboratories formulated Ripped Power for athletes, and Ripped Power is the choice of bodybuilders because it’s combination of Chromium Picolinate and L-Carnitine ensures your body is using fat for fuel.

You worked hard to get the muscle that you have. Your body doesn’t want you to carry extra muscle, and will use any opportunity to shed it. Losing weight ordinarily means an inevitable loss of muscle, but not with Ripped Power.

The original Ripped Fuel was so popular precisely because of this carefully balanced formula that you couldn’t find anywhere else. Well, it’s gone, but luckily Ripped Power has combined the key ingredients to make a supplement just as powerful.

End the frustration of yo-yo dieting. Whether you’re losing the last few pounds or the first, you need to buy Ripped Power today.